They Called Me Wyatt Review 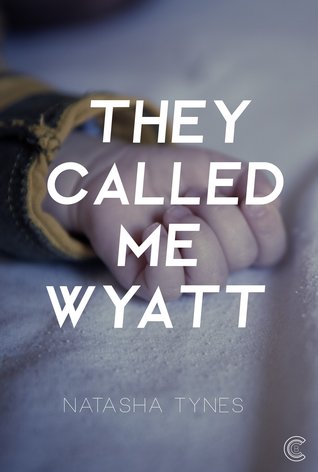 We received an ARC of this book from the author in exchange for an honest review.

I don’t have anything against mystery/thriller, but I’ve honestly probably read a total of 5 books of that genre in my entire life. However, when I heard the premise for They Called Me Wyatt, I was instantly intrigued.They Called Me Wyatt tells the story of Jordanian university student Siwar Salaiha after she gets murdered on her 25th birthday. After she gets murdered? You might be thinking. No, it is not a typo. Yes, I meant after she gets murdered. At the moment of her death, Siwar gets reincarnated into the body of a little boy named Wyatt, constantly fighting for control of his 3-year-old body, Siwar struggles to reveal the identity of her murderer so that she can finally have justice. Hindered by Wyatt’s speech impediment and poor motor skills, it is all the more difficult for Siwar to get justice.

Flash forward 22 years, when 25 year old Wyatt who has always felt a strong connection to the middle east is fascinated by a death that happened 25 years before. The supposed suicide of Jordanian student Siwar Salaiha. Wyatt becomes obsessed with solving the mystery behind Siwa’s murder unsure of why he is so invested in this particular case.

Wyatt trying to figure out who killed Siwar, while also trying to keep his life together ^^

They Called Me Wyatt had a fascinating plot and had me second guessing who I thought the killer was, surprising me completely in the end. I also really enjoyed the Jordanian representation, and the way Natasha Tynes really opens a window into Jordanian culture and mindsets. With that said, I didn’t really enjoy Siwar that much as a main character, and though I understand that anyone would be angry if they were murdered at the young age of 25, she struck me as a bit immature and self-centered. This doesn’t go unaddressed throughout the book, so it seems to be intentional characterization which ends up adding to the story and spurring along the plot.

They Called Me Wyatt also address Islamophobia, especially in the time after 9/11 (as Siwa’s murder takes place a few months before then), and though I did enjoy that, there were several other mixed political messages scattered throughout the book. It’s really just a personal thing that I don’t like reading about politics (because politics suck, and our country is a mess) which is why I usually stick to fantasy and sci-fi genre. But I think it was amazing how Natasha managed to write an engaging murder mystery and impart lessons about equality and the racial bias in one great book.

All in all, I would give They Called Me Wyatt, 3 stars. A great book, that just wasn’t my cup of tea, I would definitely recommend it to fans of the murder mystery genre.

Do you guys like murder mysteries? What’s your favorite that you’ve read? Does this premise have you intrigued?

2 thoughts on “Review: They Called Me Wyatt”